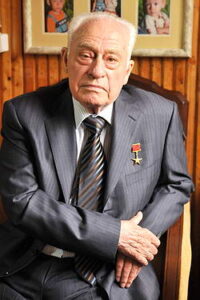 Erik Gukasov, the founder of JV DAN carried an honorary title of the Hero of Socialist Labour, awarded for exceptional achievements in national economy. Erik Gukasov devoted his life to the development of agriculture of the Republic of Kazakhstan.
Erik Gukasov was born in 1932 in Baku, Azerbaijan. Bypassing childhood, he had to grow up early, and at the age of 13 he had his first job as the tractor driver assistant. Despite he had to work from a very early age, Erik Gukasov graduated from the Tashkent Institute of Irrigation and Agricultural Mechanization Engineers. After graduation he moved to the Southern Kazakhstan to irrigate the Great Steppe. This laid the ground for his lifetime journey in agricultural construction. In 1965 Erik Gukasov was appointed to become the head of the Glavrissovhozstroy in Shymkent. During his tenure the organization grew ten times bigger. For his exceptional contribution to the development of Kazakhstan agriculture Erik Gukasov was awarded with the title the Hero of Socialist Labour. Until 1991 Erik Gukasov was working in managing agriculture and irrigation in Kazakhstan.
In the early 90s Kazakhstan was the only post-soviet country with a large grain export potential. Since the amount of grain production always exceeded the domestic demand, Erik Gukasov thought of an opportunity to exploit the potential. 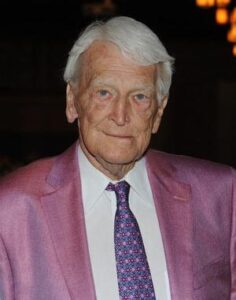 Whitney MacMillan was the Chair Executive Officer of his family business Cargill, which under his tenure expanded to Kazakhstan and became co-founders of JV DAN. Whitney MacMillan was born in Orono, Minnesota in 1929. He graduated from Yale University with a major in History. In 1951 he entered Cargill in the department of oil trade, and quickly climbed the career ladder due to his leadership abilities. Thus, he became the CEO of Cargill in 1976. Under the tenure of Whitney MacMillan Cargill’s annual turnover grew to $33 billion, and by the 1980s Cargill became the largest grain company, responsible for the quarter of the world grain trade. Whitney MacMillan retired in 1995 as a chairman and CEO of Cargill, the world’s largest privately-owned company.
In the 1990s Kazakhstan caught the Cargill’s attention as a young and promising grain market. The interest was mutual, as Kazakhstan market was in need of a weighty international partner to enter the export market. In 1993 the JV DAN was established as a result of the partnership.

About us
Go to Top

In order to make an offer you have to:

If you meet both requirements, please, fill in the form below and we will get in touch with you within one working day.